David Greenwood joined our Board in April 2019 and was appointed as chairman in April 2021. Mr. Greenwood brings to CohBar more than 40 years of financial and operational experience in biotechnology and investment banking. From December 2010 until its recent merger with Gurnet Point Capital in November 2018, he served on the Board of Directors of Corium International, Inc. (formerly NASDAQ: CORI), a leading biopharmaceutical company developing and commercializing transdermal healthcare products. During his tenure as Executive Chairman from June 2012 to December 2016, and Chairman beginning in 2016, Mr. Greenwood most notably led the company through a successful IPO and helped raised substantial capital in the equity and debt markets.

From 1995 through December 2011, Mr. Greenwood served in a number of executive and leadership roles, including Chief Financial Officer, President, Chief Executive Officer and Director at Geron Corporation, a biotechnology company focused on regenerative medicine and cancer. Previously, he served as Chairman of both Geron Bio-Med Limited, and TA Therapeutics, Ltd., while also serving on the Boards of ViaGen, Inc., Clone International, Parnell Pharmaceuticals Holdings Ltd and Pacific Lutheran University. He currently serves on the boards of several private companies in the biopharma and medical device fields. Early in his career, from 1979 to 1995, Mr. Greenwood held various positions at the investment bank J.P. Morgan Chase & Co., where he focused on corporate finance and mergers and acquisitions. Mr. Greenwood received his bachelor's degree from Pacific Lutheran University and his M.B.A. from Harvard Business School.

Dr. Gardner was appointed to the Board in February 2019. Dr. Gardner has over 35 years of experience in the medical industry and academia. Dr. Gardner is currently a tenured professor at the School of Medicine at Stanford University, where she has served in various positions since 1984, and is a member of the board of directors of the Harvard Medical School of Fellows and Advisory Council on Education. Dr. Gardner has served as a director of Revance Therapeutics, Inc. (NASDAQ: RVNC), a biotechnology company, since December 2008, and previously served on the board of directors of Corium International, Inc., a biopharmaceutical company formerly listed on NASDAQ, from November 2007 to November 2018. From September 2014 to September 2015, Dr. Gardner served as a director of Parnell Pharmaceuticals Holdings Ltd. (OTCMKTS: PARNF). From 1999 to 2014, Dr. Gardner served as an adjunct partner, then partner at Essex Woodlands Health Ventures, a healthcare growth equity and venture capital firm. She also served as an independent director of various biopharmaceutical companies from 1998 to 2005. Dr. Gardner’s research has centered on cardiac arrhythmias, ion channel biophysiology, cell biology, cystic fibrosis pathogenesis, gene therapy and diagnosis, and her clinical work has concentrated on medicine and cardiology. Dr. Gardner received her bachelor’s degree in biology from the University of Illinois and her M.D. from Harvard Medical School.

Ms. Nast has served on our board since August 2021. Ms. Nast has spent her career in executive level positions with both large multinational companies and early-stage companies in the medical industry. Most recently, Ms. Nast served as Chief Operating Officer at MindMed, a biotech company developing psychedelic-inspired therapies. She is a recognized expert in product development and commercialization and has extensive experience in the management of complex, multinational partner programs and has played a critical role in the development and commercialization of over 100 products. Previously, Ms. Nast was COO at NuGen, a genomics company, and served in executive level positions at Inhale Therapeutics (Nektar), Syva (a division of Syntex Pharmaceuticals,) BioRad and Pfizer. 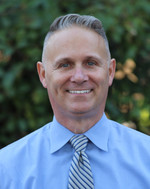 Joseph J. Sarret joined CohBar as Chief Executive Officer and Director in May 2021.  From 2019 until 2021, Dr. Sarret worked as a consultant in the life science industry, focusing on business development and corporate development activities.  From 2015 until 2019, he served as Chief Business Officer at Corium International, Inc. (formerly NASDAQ: CORI), a biopharmaceutical company developing and commercializing transdermal healthcare products.  Prior to Corium, Dr. Sarret served in senior leadership roles at Solazyme, Inc. (formerly NASDAQ: SZYM) and Sevident, Inc.  From 2005 to 2012, he held several executive management roles, most recently serving as Chief Business Officer at Codexis, Inc. (NASDAQ: CDXS), a publicly traded life sciences company developing novel enzymes for a variety of applications.  Earlier in his career, Dr. Sarret worked as a practicing clinician focused on patients with human immunodeficiency virus and an attorney specializing in IP transactional work in the life sciences industry.  He received a B.A. in human biology from Stanford University, an M.D. from the University of California, San Francisco School of Medicine and a J.D. from Stanford Law School.

Dr. Yun has served on our board since September 2021. Dr. Yun is a partner at Egon Zehnder, one of the world’s preeminent leadership advisory firms and is currently a member of the firm’s Health Practice. In addition to her board and executive leadership work for global pharmaceutical and biotechnology companies, Dr. Yun leads the Research & Development segment of Egon Zehnder’s Health Practice. Prior to joining Egon Zehnder, Dr. Yun was a Director in the Global Oncology Business Unit for Bayer HealthCare Pharmaceuticals with responsibility for oncology program management and new product planning. She has advised on all aspects of research, development, and commercial strategies, including portfolio prioritization, business development, alliance governance, and merger integration. Dr. Yun started her career with Bayer AG as a Bench Chemist and Laboratory Head in the Organic Synthesis Department of Bayer’s Central Research Division in Leverkusen, Germany. She later transitioned into the Corporate Research & Development Planning Department for the Bayer AG Board of Management and then joined theStrategic Planning Department for the Pharmaceuticals Division, where she focused on global merger & acquisition strategies and transactions. Dr. Yun subsequently transferred to Bayer’s North America Business Development & Licensing group. Dr. Yun earned a bachelor’s degree in chemistry and French from Amherst College and a Ph.D. in chemistry from the Massachusetts Institute of Technology. She was a National Institutes of Health (NIH) Postdoctoral Fellow at The Scripps Research Institute and is a member of the American Society of Clinical Oncology, the American Society of Hematology, and the American Chemical Society.

Code of Ethics and Business Conduct